My test date came through this morning, it is for the 16th April at 8am. Going to be an early start on that Monday morning.
So much for the 5 day lead time I was told when I first enquired.
I phoned to see if they had an earlier slot or if there was any likelihood of a cancellation. They said there was nothing earlier and the only way to check for a cancellation slot was to phone up every couple of days. Interestingly they also said the next available slot was Monday 23rd April. Maybe they only do IVAs for kit cars on Mondays so it makes it easy to be pushed out a week or two if they have a rush. This is the time of year when people a trying to get their cars through IVA and on the road.
Posted by Graham at 17:37 No comments:

The same guy that I spoke to yesterday phoned back to say the application had just come back from technical and everything was fine. He seemed quite keen to tell me, maybe he'd taken pity on me from the phone call yesterday with it being held up in 'Technical'. He said the next step was they send to the IVA testing centre and they would contact me with a date.
Posted by Graham at 17:33 No comments:

IVA - not heard anything yet

I'd posted the forms on a Friday so assuming they got there on the Monday it was 2 weeks since VOSA would have got them (the max time I'd been told it would take). So I decided to phone and find out if there was an issue.

They said there was no issue but the application was with the 'Technical' department. I'd seen in another blog/post that someone had sent a CD with build photos to prove the build was amateur. So I sent them a CD with a PDF copy of this blog. It seems sending a CD with a PDF was a bit too much for VOSA, the guy said if I ever do another it was better to send half a dozen pictures instead. So much for technology!

He couldn't tell me when it was likely to be processed or even where it was in the 'queue', other than assuring me they always process then in the order they are received.
Posted by Graham at 17:23 No comments:

The car is ready for the IVA so time to get all the paperwork sorted out and arrange the IVA. I went onto the VOSA website and downloaded the 2 forms I neede to fill in. I phoned them to find out the lead times. I was told the lead time for Chadderton (Manchester) was 5 days so I got all excited it might get done before Easter. Then she told me they took up to 2 weeks to process the forms.

I jumped onto the WSCC forum and found the old post Mark Wendon did that had all the necessary info on how to fill in the forms. Thanks Mark, it helped a lot!

Off the forms went in the post.
Posted by Graham at 17:16 No comments: 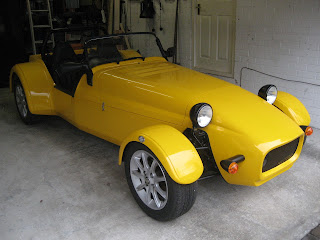 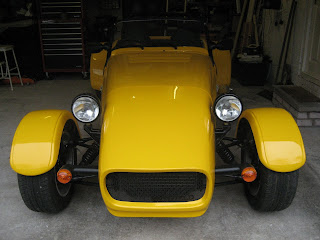 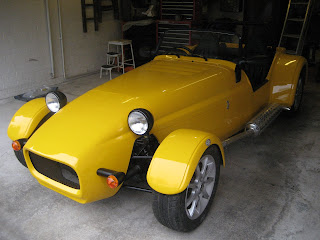 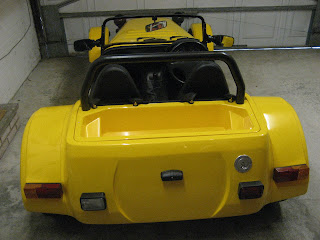 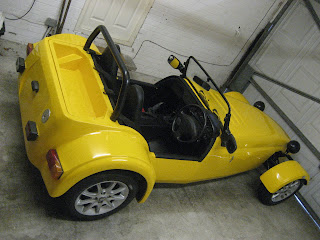 Not much clearance under the sump: 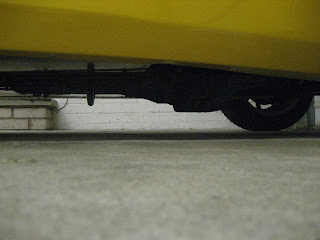 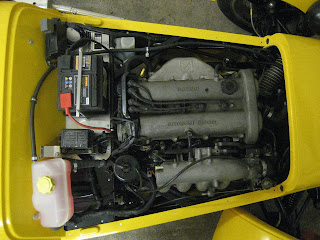 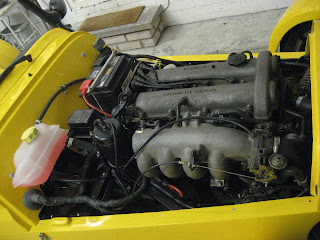 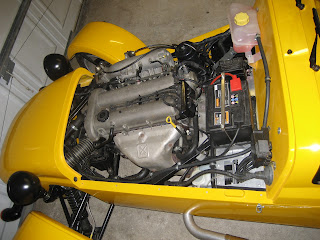 The red on the passager seat is actually my daughter's booster seat. She's prepared already! 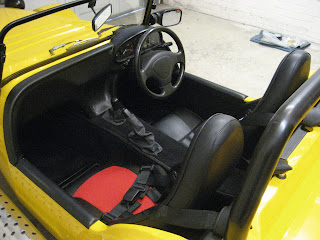 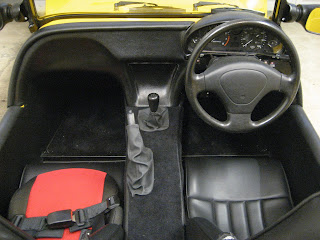 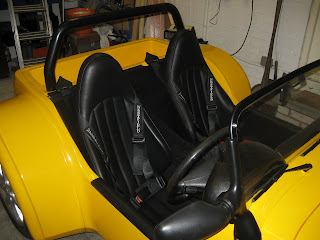