Ordered the starter kit from Westfield. I will be collecting the chassis first and delay the collection of the body panels until later. The chassis should be available for collection mid- to late-April. 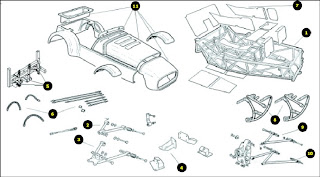 Based on the discussions with Simon from Westfield I went for the following options:
Detachable arches
Chassis powder coating
Suspension powder coating
Fit rivnuts to chassis
Exterior panels
Chassis stands
Posted by Graham at 14:35 No comments:

Put a tent up over the car so we could do something: 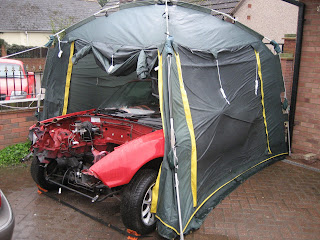 Due to the weather we decided to pack it in for the day.

Loaded the engine into the back of Mike's 4x4 to transport back home: 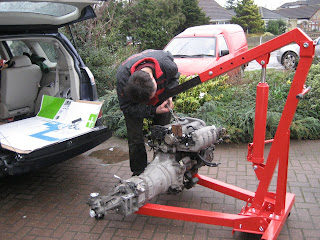 Dismantled the hoist and loaded into the back of my car.
Drove for 4 hours. Re-assembled the hoist.

Removed the engine and stored in the corner of my garage.
Posted by Graham at 13:42 No comments:

First job of the day was to put the new engine hoist together. 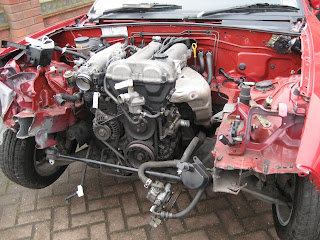 Had to disconnect a few remaining hoses & connections. There was one connection I couldn't get enough force to remove on the rear of the engine. It held the wiring loom going down the transmission tunnel and the clutch cable. There was enough slack that I decided to leave connected and remove during the engine removal.

It took some time to remove the transmission power plant frame. I was unable to get the bolts holding the prop shaft to the diff off. The diff flexed enough on its rubber mounts that I couldn't get enough torque. I decided to remove the engine first.

Removed the engine mount nuts and the engine came out easily (removing the last connection on the way). 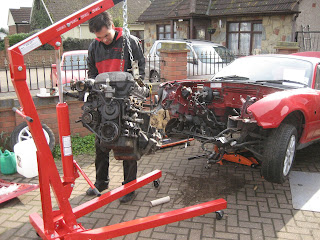 (My friend Mike checking out the engine immediately after removal.)

Started to work on the diff & drive shafts. The drive shafts didn't look like the service manual! There were no bolts to remove at the diff end: 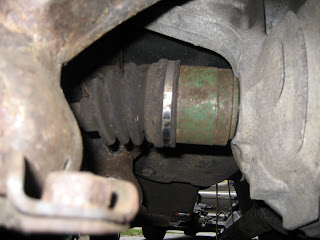 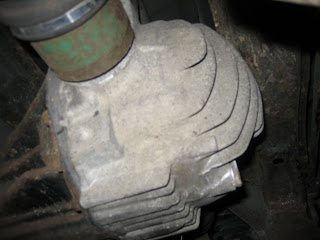 Tried to remove the locknuts at the hub end but found they were 29mm - a really odd size! Will have to order a special socket.
Posted by Graham at 12:58 No comments:

Searched around for engine hoist hire prices which came in ~£25 per weekend. I found a 1 ton engine hoist on eBay (new) for £90. I worked out that by the time I have hired one several times plus the money I could get back from selling it after the build, I was better off buying. The place was only 10 miles from the in-laws where the donor is stored so I saved the postage by collecting myself.
Posted by Graham at 12:53 No comments: